One of the first missions for new Gers boss Giovanni van Bronckhorst will be to steer his new club into the knockout stages of the 2021/22 Europa League. A 1-1 draw in Denmark against Brondby has teed up an exciting Matchday five in Rangers’ group, as they bid to join French side Lyon in the last 16. 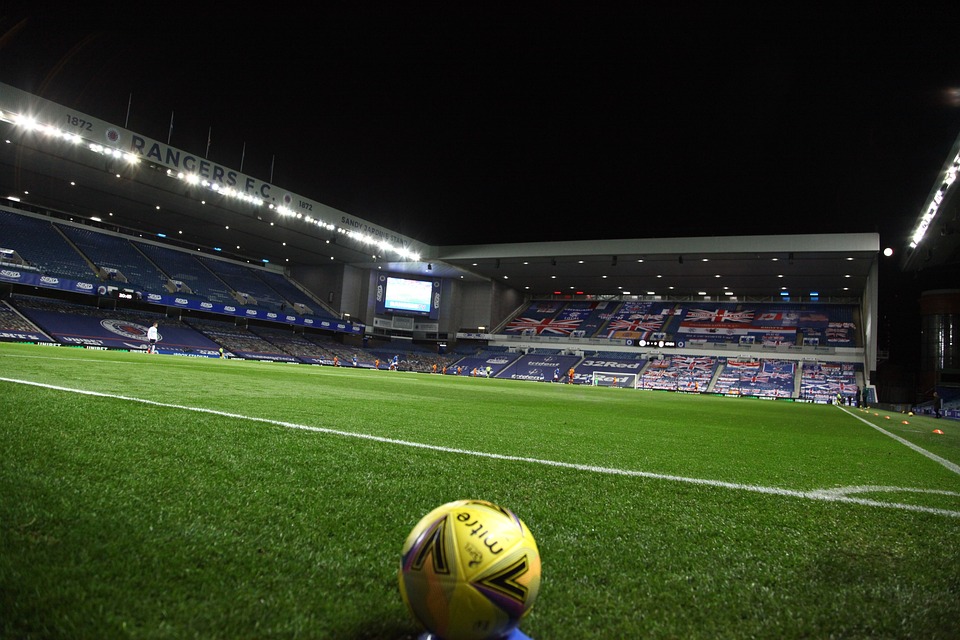 With Rangers and second-placed Sparta Prague level on four points going into their clash at Ibrox, van Bronckhorst and his new players will know that they can book their safe passage into the knockout stages with a win by two clear goals. The Europa League groups aren’t ranked based on goal difference after points. Instead, they are based on head-to-head records. With Sparta Prague defeating Rangers with a narrow 1-0 win in late September, they know that by bettering that result on home soil will see them through.

A home draw against Sparta would make qualification trickier for Gers, given that their final group stage encounter is at home to group leaders Lyon. However, with the Ligue 1 giants already safely through, it’s possible they may field a weakened side and hand van Bronckhorst’s troops the initiative. Nevertheless, they would still be reliant on bottom club Brondby pulling off a surprise result against the Czechs.

With so many possible permutations for this one-off game, bettors on Rangers’ Europa League journey may wish to consider the expert analysis and predictions provided by oddschecker’s in-house tipsters Tom Love and Ryan Elliott. They cover most televised matches throughout the week, including the Champions League and Europa League, pinpointing the best value markets ahead of only van Bronckhorst’s second competitive game in charge.

If early reports are to be believed, Sparta Prague will be travelling to Glasgow with a much-depleted first team squad. There are question marks over the fitness of up to four key starters for Sparta. Hot prospect striker Adam Hlozek has suffered a knee injury which leaves him having a 50/50 chance at best of featuring at Ibrox.

Hlozek’s Czech international teammate, Ladislav Krejci, has been playing with a troublesome calf for the last few months. The issue came to a head last week when Krejci was forced to miss Sparta’s away visit of FC Slovacko. He is unlikely to be risked against Gers. The international break has not been kind to Sparta either. Tricky wide man Jakub Pesek was forced off through injury during Czech Republic’s World Cup qualifying victory over Estonia and reports locally suggest he could be out of action for the rest of 2021.

This trio of new absentees join experienced defender Ondrej Celustka on the sidelines, after sustaining a knee problem in their recent Europa League contest with Lyon. The upshot is that this Sparta squad is likely to be bereft of both leaders and firepower under the lights of the white-hot Ibrox atmosphere. van Bronckhorst will be getting a taste of managing Rangers in European competition for the first time and the supporters are guaranteed to get behind the Dutchman.

Unfortunately, Rangers may be without a key forward of their own. Kemar Roofe sustained an injury on international duty for Jamaica. The 28-year-old was forced off during the Reggae Boyz’ narrow draw with El Salvador and was deemed unavailable for selection in the country’s following game with the United States. Simon Preston, sports reporter at the RJR Gleaner Group in Kingston, Jamaica, confirmed that Roofe had been sent home early after the El Salvador game to be fully assessed by the Gers’ medical team.

Roofe has managed five goals in 11 SPL appearances so far this season, following on from his red-hot form in 2020/21 when he notched 14 goals in 24 appearances. According to football medical expert Ben Dinnery, Roofe’s early withdrawal from the Jamaica squad suggests he will be a doubt for the next few Rangers games. Roofe’s absence would place huge emphasis on the likes of new-boy Fashion Sakala and the enigma that is Alfredo Morelos.